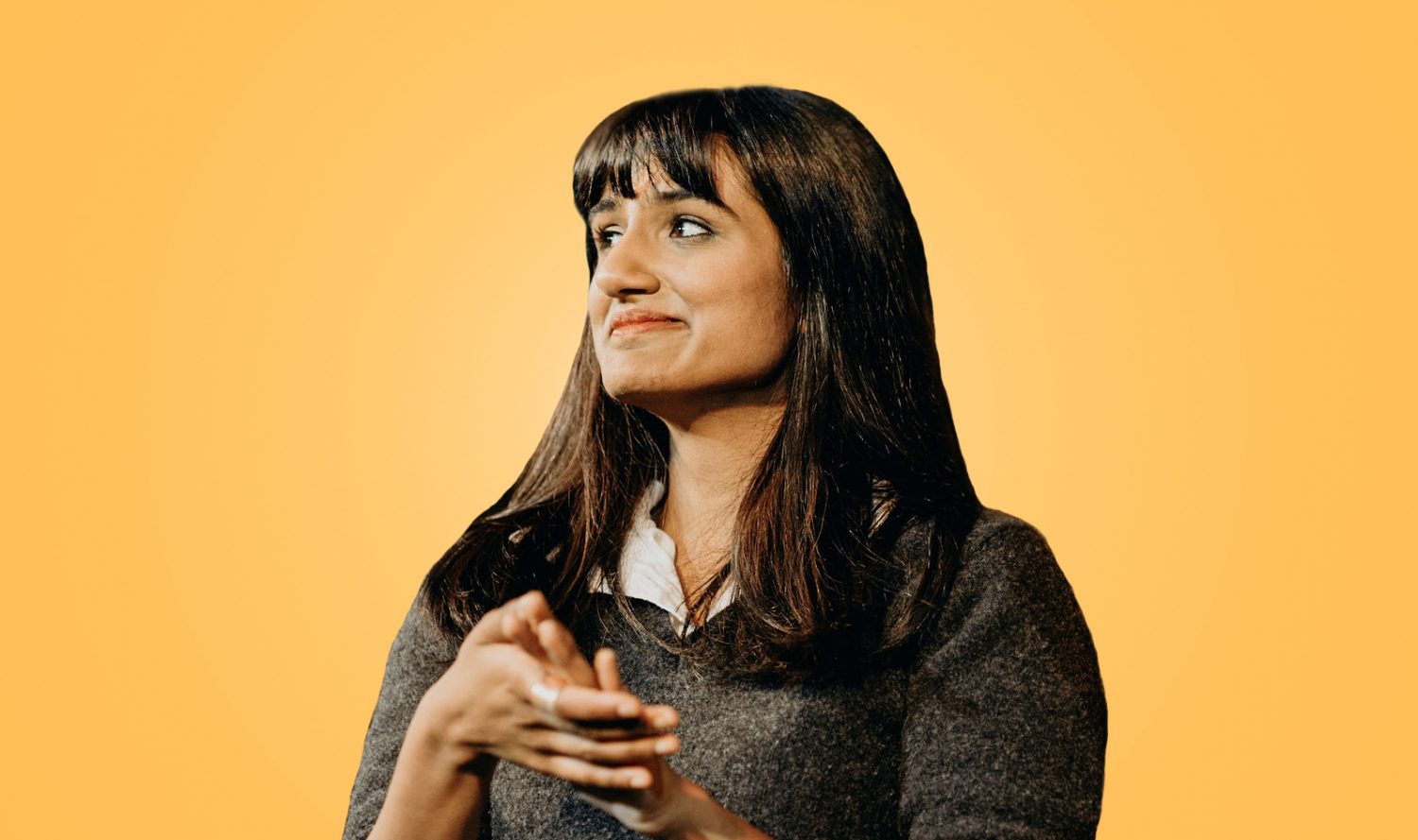 "One of the smartest, funniest, and most resolutely cooked writers and comedians in Australia today” Declan Greene

At Home Alone Together

We Are Nemeses
On Tour!

Vidya Rajan is a fresh and fearless talent of undeniable range. A comedian, performer and writer for theatre and television, her work mixes genres and styles while being contemporary, innovative, and sharply hilarious.

As a comedian, she’s thrashed around in the sparkling goo of Melbourne’s alternative comedy scene, regularly performing spots at nights across the city and running her own as well. With an eye for the silly and surreal, her live comedy boldly stirs together stand-up, sketch and clowning and explores everything from race to capitalism to the strange depths of the internet. Vidya has trained and performed in improv with companies and ensembles in the States and across Australia, and her original sketches have been viewed more than half a million times on social media. She was also recently a contributing writer and performer for ABC sketch show At Home Alone Together, playing a spectrum of characters from teenage wank-boy to crow and appeared in the 2021 Australia Debates series for ABC TV and as a regular contributor to The Feed on SBS. Vidya also appears as a series regular in Slushy, and audio comedy series for Audible created by Kates McCartney and McLennan.

Increasingly working as a screenwriter, Vidya has contributed to various story rooms, worked as a development assistant for Tony Ayres’ Productions on YA and high-concept scripts, and written episodes for several Screen Australia-funded developments. Recently aired credits include the ABC/Netflix comedy Why are you Like This?, WTFN’s Wonderpup, Network Ten’s How to Stay Married,  and digital live-streamed half-hour sitcom We are Nemeses which she created and wrote with frequent collaborator Alistair Baldwin.

Recently, Vidya has also been seen on national television as a sketch performer and writer on SBS’ The Feed as well as ABC TV’s Australia Debates in 2021. She has also written on the upcoming Amazon Original series Deadloch.

An accomplished and in-demand playwright and theatre-maker, Vidya studied at the VCA and has had her work performed to acclaim at Red Stitch, Griffin Theatre, The Blue Room, Artshouse, Metroarts, KXT bakehouse and Theatreworks, amongst others. A one-time Malthouse writer-in-residence, as well as a Besen and Malcolm Robertson Fellow, her previous work has included award-winning shows like experimental comedy-play Asian Ghost-ery Store, Sleepover Gurlz, Poorly Drawn Shark, and cult Fringe favourite The Lizard is Present – described by Kill Your Darlings as “a torrid brew of truth, satire and mindfuckery”.

In 2022 Malthouse Theatre and Belvoir St Theatre will present Vidya’s adaptation of the beloved Australian novel Looking For Alibrandi. In the meantime she is working on developing an original slate of screen projects spanning comedy, crime, and mixed genre series, and looks forward to performing her latest live comedy work when there’s a gap in the apocalypse’s schedule.