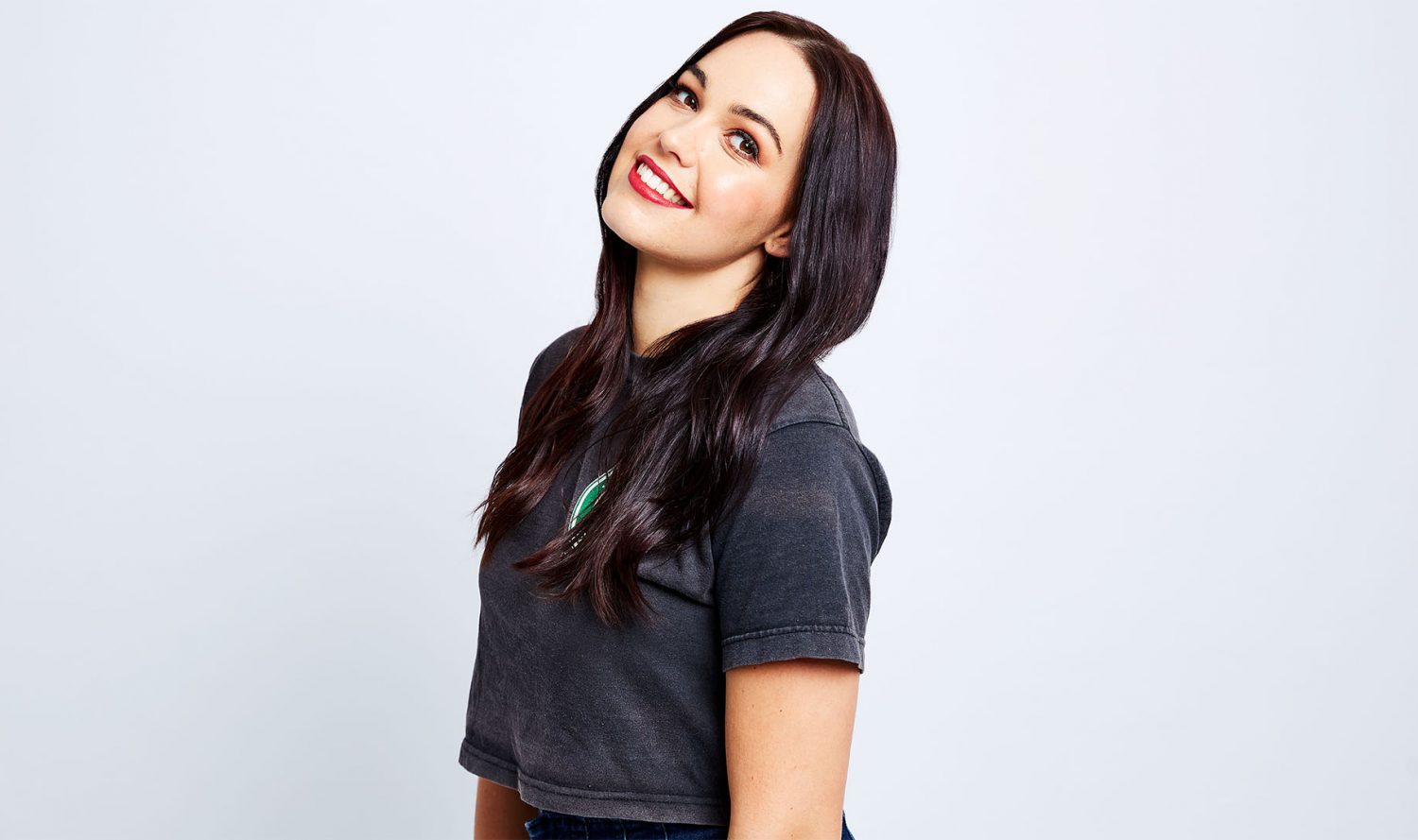 Bec Charlwood - Stand Up
On Tour!

In 2014, Bec Charlwood went to an open mic night and decided to give it a go. It didn’t go great, but as a woman it was nice to talk for a few minutes without being interrupted. Six years later, she’s heaps better.

With effortless ability and hilarious honesty, Bec delights audiences with anecdotes about her life, observations on society and stories about her family. It has seen her become one of the most exciting rising stars in Australian comedy.

Bec has been hand-picked to support comedians such as Josh Thomas, Wil Anderson, Zoe Coombs Marr and Saturday Night Live’s Jay Pharaoh. She has also performed stand-up at Splendour in the Grass, and was a feature act on Rove McManus’s live variety show The Popular Experiment. She was also a panelist on Network Ten’s Unpacked series on Facebook Watch, recapping the goings-on in The Bachelor and Bachelorette mansions.

In January 2020, Bec performed her hotly anticipated debut stand-up show Dirty Girl at Perth’s Fringe World festival. While a global pandemic put a temporary halt to the show touring Australia, Bec’s reputation as one of best young comedians in the country saw her showcased on the Lockdown Comedy Festival stand-up series for Stan.

Bec is also the co-host of the brilliant and wildly popular Ladies Guide to Dude Cinema podcast. Each week, Bec and her best mate and fellow comedian Alex Jae watch and review movies that dudes just can’t believe they haven’t seen.

It’s safe to say that Bec Charlwood is doing pretty good and destined for big things, so if you could let her mum know that’d be great.

2019: Co-Host – Unpacked Recaps of The Bachelor & The Bachelorette on Network 10 Facebook Watch