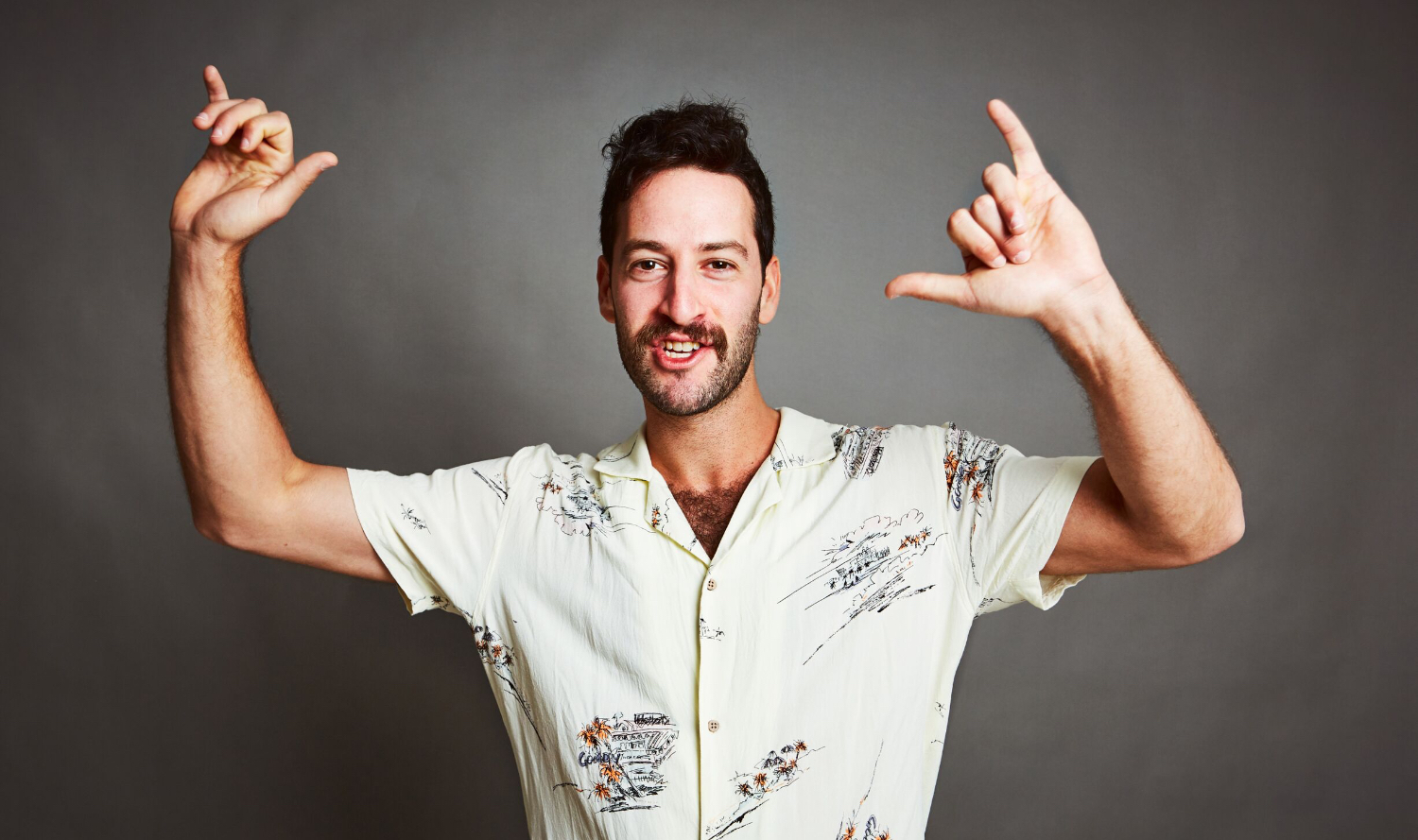 Ben Kochan is a comedian who possesses a keen observational eye while maintaining a somewhat unhealthy commitment to being as silly as possible.

Combine this with sharp writing and a phenomenal moustache, it’s a good time.

Ben was selected as part of the prestigious Comedy Zone at the 2019 Melbourne Comedy Festival, performed stand-up at Triple J’s Good Az Friday, Splendour in the Grass, and supported Tom Gleeson and Wil Anderson. It’s quite the hot streak, and one that’s seen him become a favourite at comedy clubs around Australia.

Ben performed and sold out his first solo show “Nice Boy Seeks Kind Audience” at the 2019 Sydney Comedy Festival, and followed it up with his brand new 2020 show “Ben Kochan Throws A Stool At The Audience”

Ben has been featured on Comedy Central’s show Little Nippers and on ABC Comedy’s Be Your Own Boss alongside Becky Lucas and Cameron James.

You can also listen to Ben doing a fantastic podcast with fellow comedian Suren Jayemanne called “The Nightshift with Benny & Surenny”.

2020: Ben Kochan Throws A Stool At The Audience – Adelaide Fringe