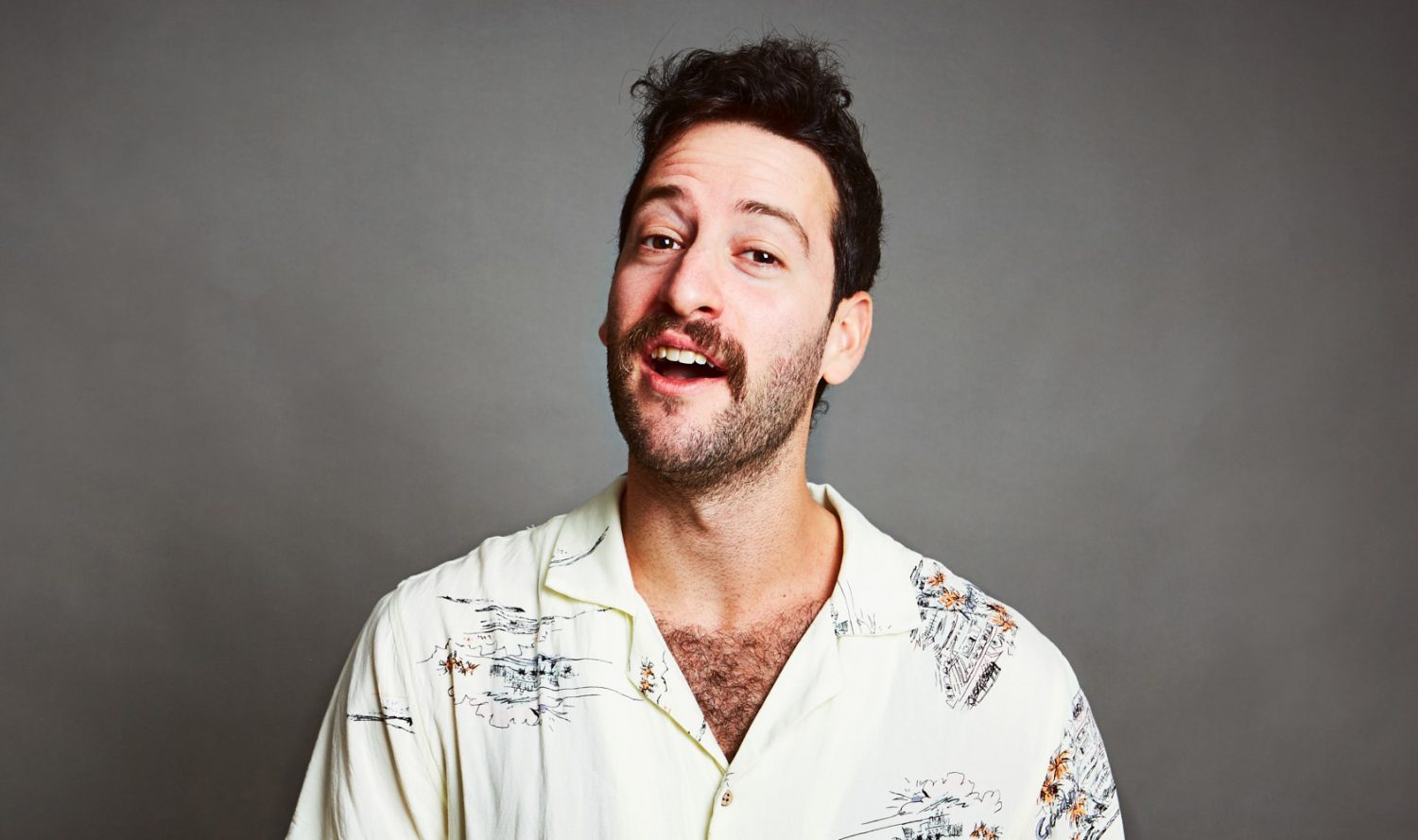 Ben Kochan is a comedian who possesses a keen observational eye while maintaining a somewhat unhealthy commitment to being as silly as possible. Combine this with sharp writing and a phenomenal moustache, it’s a good time.

Ben was selected as part of the prestigious Comedy Zone at the 2019 Melbourne Comedy Festival, performed stand-up at Triple J’s Good Az Friday, Splendour in the Grass, and supported Tom Gleeson and Wil Anderson. It’s quite the hot streak, and one that’s seen him become a favourite at comedy clubs around Australia.

Ben performed and sold out his first solo show “Nice Boy Seeks Kind Audience” at the 2019 Sydney Comedy Festival and followed it up with his brand new 2020 show “Ben Kochan Throws A Stool At The Audience”.

In 2021, Ben made his Melbourne International Comedy Festival solo show debut with “I’m Done It”. Jam-packed with a preposterous number of jokes per minute, Ben’s unique style of humour left audiences in stitches.

Ben has featured on Comedy Central’s show Little Nippers, on ABC Comedy’s Be Your Own Boss alongside Becky Lucas and Cameron James, and was a contibuting writer on ABC’s Question Everything hosted by Wil Anderson.

Ben Kochan, along with comedian and de facto partner Concetta Caristo are hitting the road in 2022 with their live show Funny As Sin – a show filled with stand-up and stories for couples, non-couples and everyone in between.

This Noodle Head™ is going places!

2020: Ben Kochan Throws A Stool At The Audience – Adelaide Fringe

Ben has featured in numerous online campaigns for brands such as Koala Mattresses, Dan Murphy’s and Broadsheet.