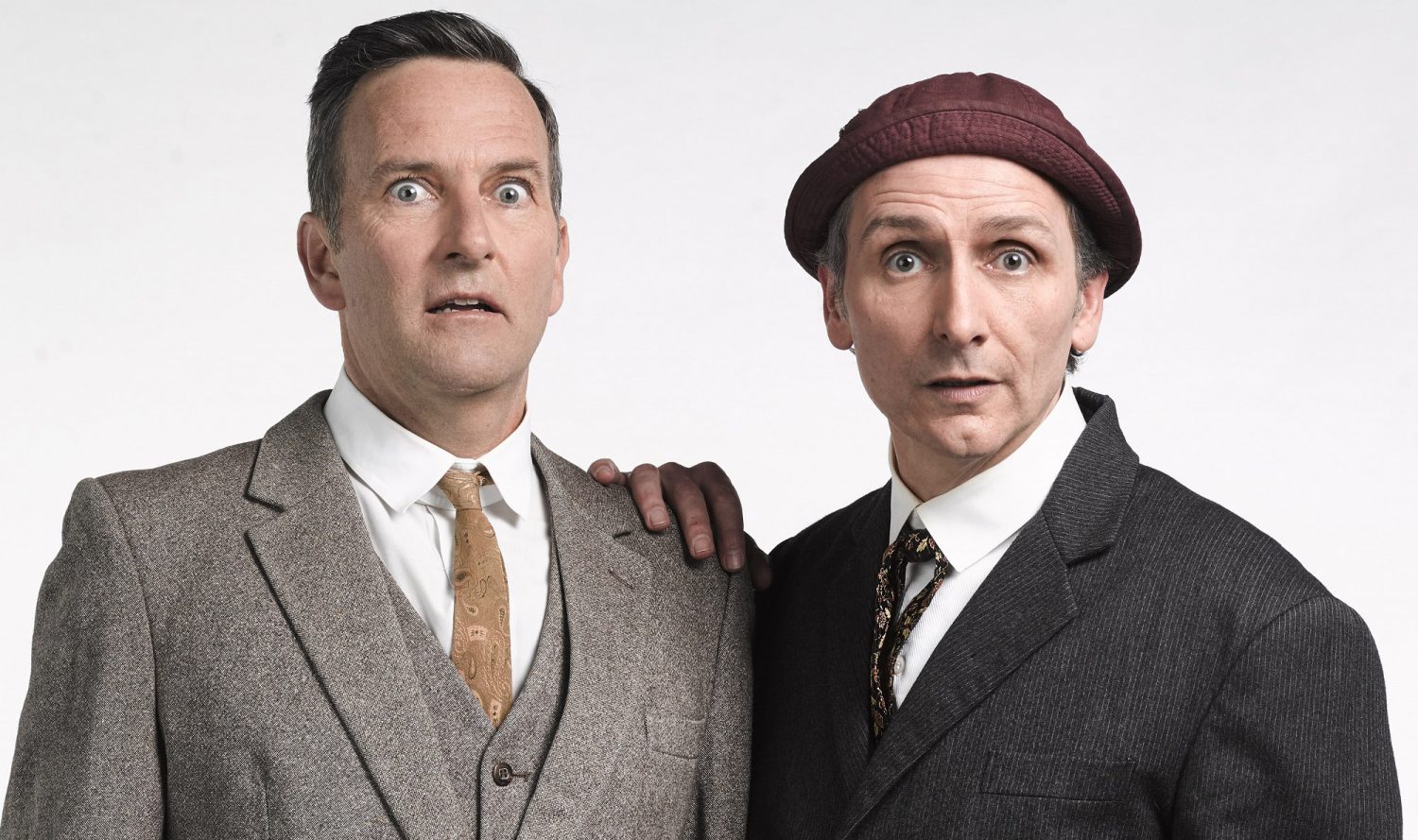 Lano (Colin Lane) & Woodley (Frank Woodley) came together in 1986 as two parts of a three hander called The Found Objects. When three became two in 1994, they became Lano & Woodley for a show at Melbourne’s tiny Carlton Courthouse.

That show went on to win the prestigious Perrier Award for best comedy in Edinburgh, making Lano & Woodley only the second Australian artists to take out the award. They returned home to full houses and a TV show co-produced with the ABC and BBC. Then in 2006, more than 150,000 people came to their Good Bye tour to say farewell.

Australia’s favourite double act came back together twelve years later for the Melbourne Comedy Festival’s 30th Birthday Gala, with a surprise performance at the Regent Theatre that brought the house down. It naturally led to a serious “Waddya reckon?” chat. “Waddya reckon?” soon turned into “Yeah, why not?” and so FLY! was born: a truly epic show, a tribute to the Wright Brothers (why not?)… an overdue dose of stupid silly nonsense.

FLY! sold out theatres everywhere it went, proving that absence did indeed make the heart of Australian audiences grow fonder. In 2020 FLY! was recorded in a very special sell-out performance at Melbourne’s Malthouse Theatre, which was then released internationally on Amazon Prime Video.

In 2021, Frank and Col came back again with the aptly titled Lano and Woodley in: Lano and Woodley. The childlike naivety of Colin and Frank’s on-stage personae gives Lano & Woodley a universal appeal, with people of all ages piling in to see their blockbuster shows.