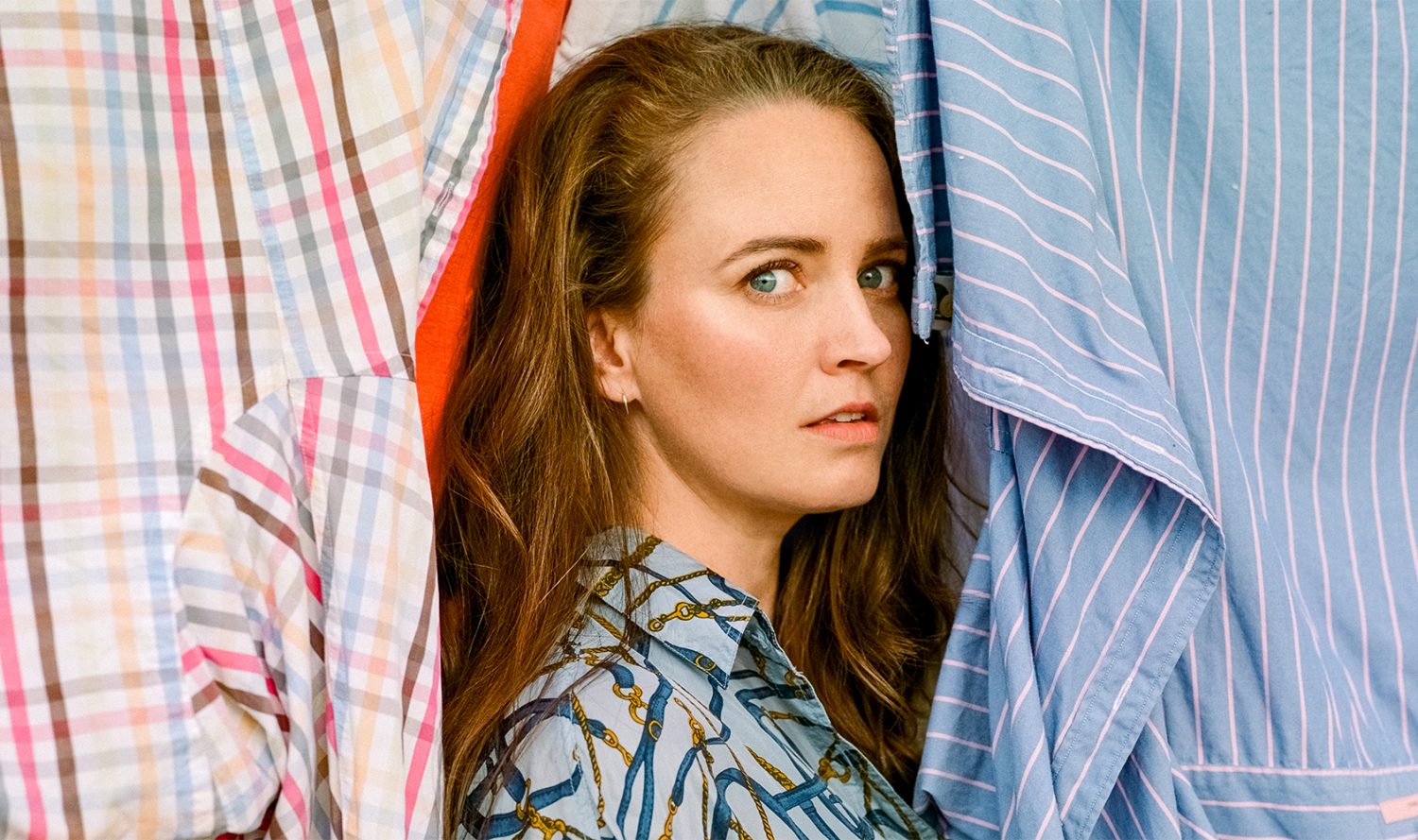 "This delicious meta-lasagne of insanity is unclassifiable, impossible to explain and off-the-charts, wet-your-pants brilliant. Zoe Coombs Marr is a genius." Herald Sun
“Surprise is the foundation on which comedy is built – and Coombs Marr is a master of it.” ★★★★ The Guardian, 2018

Zoë Coombs Marr is a performer, writer, artist and comedian. She grew up in Grafton, where she and her best friend staged a musical instead of going to schoolies week. She has a double degree in Performance Studies at UNSW and Fine Arts at COFA, where she was awarded the Dinosaur Designs Prize and the Art and Australia Award. Her video works and sculptures have been exhibited at a number of galleries, including First Draft, Kudos and King’s ARI, and in 2006 she won the National Poetry Slam Championships under dubious circumstances.

She is one third of the contemporary performance company post, whose most recent work Ich Nibber Dibber played at Melbourne’s Malthouse Theatre and the Sydney Opera House in 2018. In 2017, her theatrical collaboration with Ursula Martinez and Adrienne Truscott, Wild Bore, premiered at the Malthouse Theatre and went on to be performed at the Soho Theatre, Edinburgh Fringe and at the Skirball Centre at NYU.

Zoë has performed stand up comedy extensively in Australia, the UK and the US. In 2012, her solo theatre/comedy work And That Was The Summer That Changed My Life was awarded the Philip Parsons Young Playwright Award and was nominated for Best Newcomer at the Melbourne Comedy Festival. Other works include Gone Off or I’ve Been Everywhere, Man (Old Fitzroy Theatre, MCF 2012, SMAC award Best On Stage 2012) and Dave (MCF 2013, Edinburgh Fringe, Soho Theatre, London). Zoë’s five-woman ensemble play Is This Thing On? was presented at Belvoir Theatre in 2014.

Her next offering Trigger Warning was the must-see comedy phenomenon of 2016. Zoe won the Melbourne Comedy Festival Award as well as the Golden Gibbo, two Green Room Awards and was also nominated for Best Show at the 2016 Edinburgh Fringe Festival and the 2017 Victorian Premier’s Literary Award for Drama. Turns out you can make intersectional feminism funny.

Here’s the thing though: until 2018 Zoë most frequently appeared in comedy circles (including in Trigger Warning) as Dave, a retrograde male comedian with a neck beard. That year she (re-)appeared as herself, sans Dave’s neck beard, with her hit festival offering Bossy Bottom. The show saw Zoe nominated for Best Comedy Performer at the Helpmann Awards and won her a prestigious Herald Angel Award in Edinburgh. In 2020 Bossy Bottom was filmed and internationally released on Amazon Prime Video.

In 2021 she became a contributor to The Weekly with Charlie Pickering, hiding out in the crawlspace of the ABC with Barrie Cassidy and flying off on a broom as part of her regular Week In Work segment, as well as guest appearances on Amazon’s The Moth Effect and Spicks & Specks.