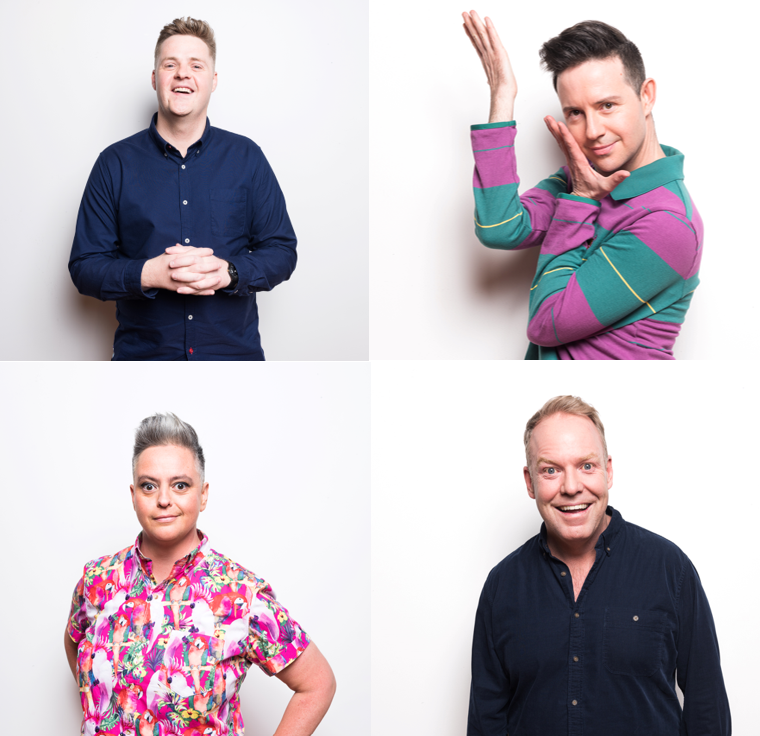 From the 1st of April you can watch all four brand new offerings from Melbourne’s hottest comedians.

Filmed in the stunning Melbourne landmark theatre Chapel Off Chapel (one of the oldest churches in Victoria) Peter Helliar, Geraldine Hickey, Nath Valvo, and Tom Ballard performed their sharpest hour of comedy:

Loopy, evolved from a stranger on a train that said to Pete: “everything you believe is true and the rest is bullshit, and vice versa.” The world is loopy and we should talk about it.

Most Outstanding Show award Winner at the 2021 Melbourne Comedy Festival, Geraldine Hickey’s award-winning What A Surprise is a must see.
She is clever – and doesn’t want to know what’s around the corner… Gez wants to believe there’ll be a bouncy castle.

Nath Valvo’s I’m Happy For You was nominated for the Melbourne Comedy Festival Award, and was the hot topic show of the festival.
His new comedy special tackles a big question – should he become a father? It’s high-energy comedy that covers his take on his family, his partner, his friends and surviving life in his 30s. No one is spared.

Tom Ballard’s had Enough. He’s had enough of COVID, anti-vaxxers, being lonely, culture wars, the super wealthy, capitalism and Baby Boomers. He’s over it. But he’s determined to fix all these things by yelling horrible jokes about them in a beautiful venue. Ballard’s fearless, he’s unrelenting and he is at his white-hot rage best in Enough.

You can sign up to catch the LOL’s here: