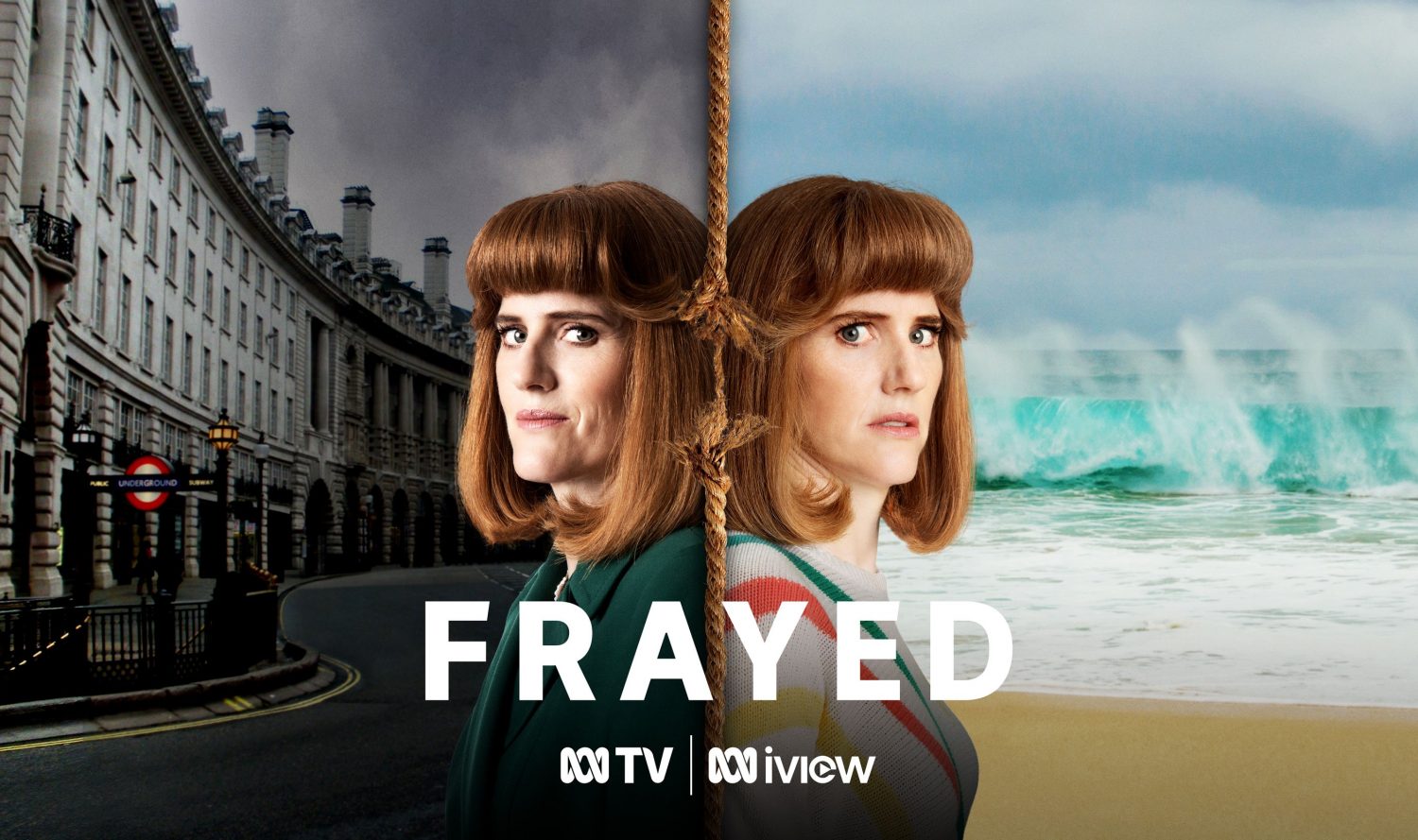 Season 2 of ‘Frayed’ is returning to our screens

It’s time to grab the shoulder pads and head back to the 1980s once again.

Season two kicks off in London, where the lives and secrets of the Cooper family continue to unravel as they deal with the ramifications of season one’s explosive finale, and their Australian past insists on catching up with them.

Having made it out of Australia, Sammy (Sarah Kendall) and her kids find themselves living in a tiny London flat, as Sammy frantically tries to prove that her lawyer, Rufus (Robert Webb), stole her house.  Barely able to make ends meet working in ‘exhaust management’ (she’s a secretary in a muffler repair shop), Sammy is desperate to find a way to reclaim her opulent London life. She also needs to keep her kids far away from Australia and the truth about what happened to their neighbour, Terry.

Meanwhile back down under in Newcastle, an ambitious cop named Fairbank (Hamish Michael) has been brought in to head up the missing persons case and simply does not believe Terry would just disappear. With Jim (Ben Mingay), Jean (Kerry Armstrong) and Abby (Alexandra Jensen) trying to keep their secret hidden, and con artist Bev (Doris Younane) lurking on the scene, it’s only a matter of time before the truth catches up with Sammy.

Frayed debuted on ABC TV in Australia and on Sky in the UK in October 2019. The series was nominated for five AACTA Awards and Kendall also garnered a BAFTA Television Award nomination for Female Performance in a Comedy Programme.

Frayed Season 2 is a Merman and Guesswork Television production for the Australian Broadcasting Corporation and Sky Studio.

If you missed it, watch season one on ABC iview now: https://ab.co/Frayed