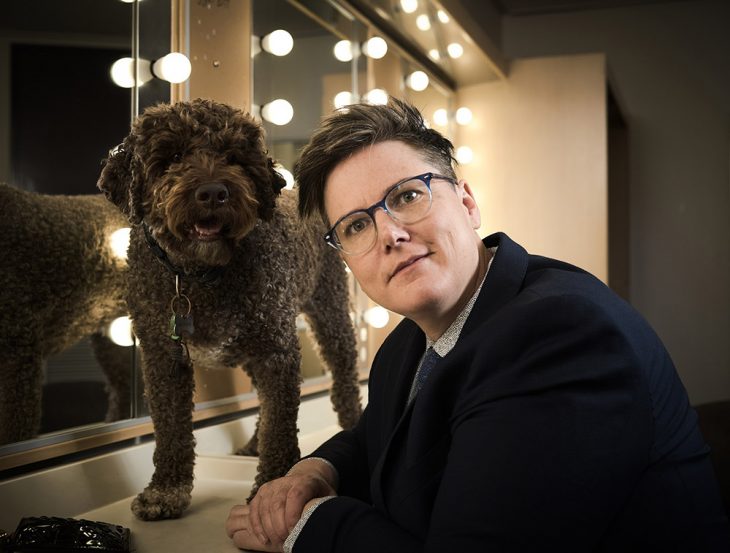 Hannah Gadsby’s show ‘Douglas’ to premiere on Netflix next month

Emmy and Peabody award-winning comedian Hannah Gadsby stopped the comedy world in its tracks with her genre-bending show, Nanette.

Having given herself her very own tough act to follow she named her difficult second album after her eldest dog and took it for a walk across the planet, finishing up in Los Angeles and recording her second stand-up special, Hannah Gadbsy: Douglas.

You can expect your expectations to be set and met by Douglas, a tour from the dog park to the renaissance and back guided by one of comedy’s most sparkling and surprising minds.

Hannah Gadsby: Douglas premieres globally on Netflix on Tuesday 26 May.