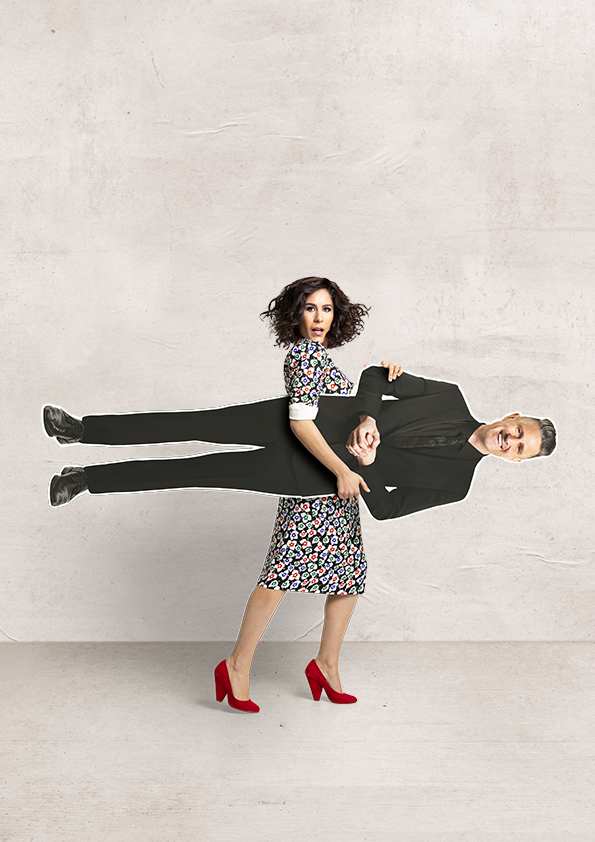 Fabrications, falsehoods, fibs and folly.  In a time at which it’s more important than ever to Question Everything, well, that’s exactly what Creative Rep’s Jan Fran (The Feed, the Project) and Token Artists’ Wil Anderson (Gruen, Wilosophy) plan to do in a brand new ABC quiz-panel show, coming to your screens from Wednesday 18th August.

Joined by a revolving panel of up-and-coming comedians every week, power-duo Jan and Wil will be dissecting the news to cut the wheat from the chaff, separate the fact from the fiction and deliver up – with hilarity and gusto – something a little different: the truth.

From reptilian overlords to 5G collusion, from deep-fake media to vaccine conspiracies, the team that brought you the equally as razor-sharp and insightful Gruen will be presenting a method to the madness. Over eight episodes, Question Everything will be picking apart the vast vortex of unfounded claims and conspiracies that we see, read and hear every day. With insight, surprise and comedy of course, you won’t want to miss these lessons in lies and tribulations of truth.

Jan Fran says “I cannot wait to get started. Question Everything is our chance to take a microscope to all the misinformation that we are bombarded with every day to see where it starts and how it spreads. At least, that’s a rumour someone sent to me on WhatsApp.”

You can catch Question Everything on Wednesdays, 8:30 PM from Wednesday 18 August on ABC TV and ABC Iview.